For most people living and working Switzerland, the pension system is based on three segments; the first, second, and third pillars.

While the first pillar has strict rules in terms of the percentage of income to be made in contributions, and the ratio of the same between the employee and employer, the contributions under the third pillar are more open to the choices of the contributors themselves.

The third pillar Switzerland - Global Eye Switzerland itself consists two options, referred to as pillar 3a and pillar 3b.

The former is known as the restricted pension plan, while the latter is called unrestricted.

Pillar 3a: The Restricted Pension Plan

This plan applies to anyone who has employment in Switzerland, and is not limited to citizens. Therefore anyone can secure insurance under the third pillar, and open a bank account for this purpose.

All of these savings are linked to the retirement age, but they can be withdrawn if the person meets one of the following requirements:

If employed and having a retirement provision, the maximum annual amount that is tax-deductible from your taxable income is CHF 6,768.

People not having an occupational retirement amount by virtue of being self-employed, but are bound to receive the state pension under the first pillar can make a maximum contribution of CHF 33,840 or a maximum of 20% of their income from gainful employment, which will become deductible from their taxable income.

For people looking to subscribe to the pillar 3a option, there is the choice of going with a bank account. They can also choose to buy a life insurance policy in their name. Both options will attract the same applicable rules.

Major Differences Between Pillar 3a Choices 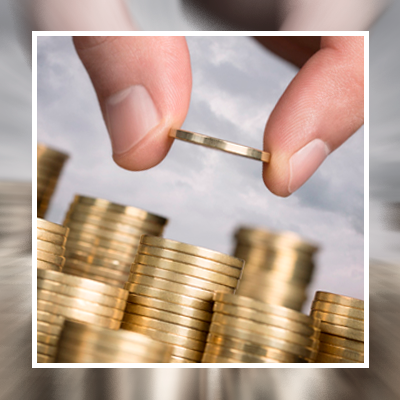 If you take out a life insurance policy under Pillar 3a, you secure insurance, which would otherwise not be available with the bank account of securities. Since this coverage is not free, it stands to significantly affect the amount in your pension savings.

When choosing a bank account, you have the advantage of having invested all of the funds in the pension scheme, through which the overall savings will be higher than after having bought insurance.

The major advantage with securities as most people would know, is that it has the chance of delivering the best return on your invested amount.

Pillar 3b on the other hand is available to anyone working in Switzerland, including those who commute from across the country border. It also delivers a great deal of flexibility, and gets rid of the legal limitations imposed on pillar 3a, allowing the free saving and investing of the amount, including the choice of when you want to withdraw the funds.